This Sunday has had a long-standing countdown for public relations professionals nationwide. In 2011, the Super Bowl became the most-watched program in broadcast history in the United States. Why is this pertinent to PR agencies?

According to Forbes, nearly 50 percent of Super Bowl viewers watch strictly to see the ads. This is the time to capture the attention of your audience in the most memorable way possible. Eminem for Chrysler? The Budweiser Clydesdales? The Doritos Crash the Super Bowl campaign? People don’t forget when they see these magnificent ads, therefore,  your brand becomes the most talked about thing during the Super Bowl, at least until the power goes out.

As the weekend approaches, there are a few things to keep in mind as a critical thinking PR specialist watching the most-anticipated football game of the year. Super Bowl Sunday holds 30-second advertising spots worth $4 million. Yes, you read that correctly. Four freaking million.

So, here’s what to look for as the ad-heavy Sunday is only a few days away.

New products: In 1984, Apple introduced the new Macintosh computer, and we all know where that went. Big things happen during Super Bowl ads. Keep an open eye for the launches because the potential for media attention is limitless on Sunday.

Controversy: Focus on the Family, a Christian organization, which openly opposes abortion, used New York Jets quarterback Tim Tebow’s mother to talk about pregnancy complications in 2010. Although, abortion never directly is discussed, we get it. I guess they say any publicity is good?  Tough call. Watch for the sticky subjects and discussions they cause.

Celeb Appearances: Oprah and David Letterman in love, with a surprise arrival from Jay Leno. Who could forget this 2007 ad? The celebrity endorsers pepper the ads, which is always a great time.

Slip-Ups: The 2004 nip slip (see what I did there?) of Janet Jackson during the halftime show was one of the most talked about wardrobe malfunctions of pop culture. As the 10-year anniversary of this slip-up approaches, it is still receiving media attention.

Katelyn Sweet is a senior at Central Michigan University with a public relations major and journalism minor. She is the director of recruitment for CMU PRSSA and assistant director of PR for Grand Central Magazine. With a variety of passions, Katelyn loves fashion, traveling, music, sports and all things related to chocolate or wine. She’s a city girl at heart with an unconditional love for a Michigan summer on the lake, therefore hoping to take her PR career to a city on the water somewhere. 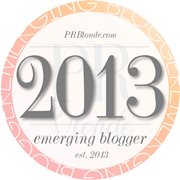